END_OF_DOCUMENT_TOKEN_TO_BE_REPLACED

If you’d like to get a bigger picture view, you can read a pre-conference interview with a few Flock speakers here or with Thomas Cameron here.

Days 3 and 4 were reserved for workshops. Also, during these 2 days, people continued to split into smaller groups to discuss matters of their own interests, and so did I. However, I caught up with some of the presenters to ask them about the outcome of their sessions and you can read that at the end of this article. But to be fair – if you want to read something about Flock, feel free to browse the blogs that emerged in the first post-Flock week, listed here:

END_OF_DOCUMENT_TOKEN_TO_BE_REPLACED Day 2 of Flock was just as packed with great content as Day 1.

The first session of the day delivered for me the most interesting and alarming idea. The speaker was Radoslaw Krowiak, the co-owner of Akademia Programowania in Kraków. He’s been involved in teaching kids programming since 2013. The age of his students is 5 years and higher. He noted that skills like communication, commercial awareness, ability to work in a team, or problem solving, are among the top ten skills missing in college graduates.

END_OF_DOCUMENT_TOKEN_TO_BE_REPLACED

With the Flock conference being under way, Thomas answers a few questions related to his expertise. 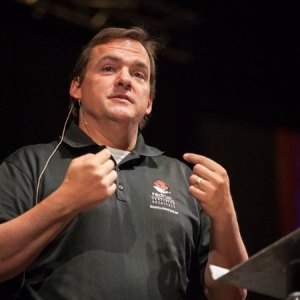 I’d love to show that Red Hat folks outside of the Fedora project are
committed to the greater community. I’d also love to get folks up to
speed on container security (the topic of my presentation).

END_OF_DOCUMENT_TOKEN_TO_BE_REPLACED 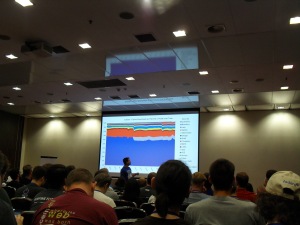 The first Flock day was, not against my expectations, packed with talks.

First, Matthew Miller gave his now traditional State of Fedora keynote. He mostly gave a close look at graphs and numbers that had been collected for 2015. Overall, the number of contributors is growing, reaching over 2000 people. His personal view of Fedora’s near future includes Python conversion, actions in modularity (after years of talking), and development of the Fedora hubs, where at least some of the current irc sessions should be migrated.

After the keynote, I hesitated between attending the Fedora Workstation Next Steps or A Year Managing the Italian Fedora Community. The latter won, and I was surprised to hear how many obstacles those folks have and how much sincere effort comes from the volunteers (let’s face it).